Welcome to my blog

I have been working with Salesforce for quite a while, so don’t hesitate to contact me if you have any questions or want some advice.

Local variables are declared with Java-style syntax. As with Java, multiple variables can be declared and initialized in a single statement.

As with Java, multiple variables can be declared and initialized in a single statement, using comma separation.

If you declare a variable and don’t initialize it with a value, it will be null. In essence, null means the absence of a value. You can also assign null to any variable declared with a primitive type.

For example, both of these statements result in a variable set to null: 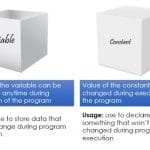 DIFFERENCE BETWEEN VARIABLE AND CONSTANT IN SALESFORCE APEX 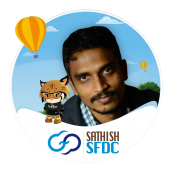 Hi, my name is Sathishkumar Periyasamy, and I’m a Salesforce Technical Architect working with strong experience in designing, developing, and integrating Force.com applications in one of the top-notch companies